What’s the best technology for your pumped hydro project?

For your pumped hydro project to be suited to future energy market conditions, you need to understand the technology options available – because pumped hydro plant is not one-size-fits-all. Let’s go for a deep dive … 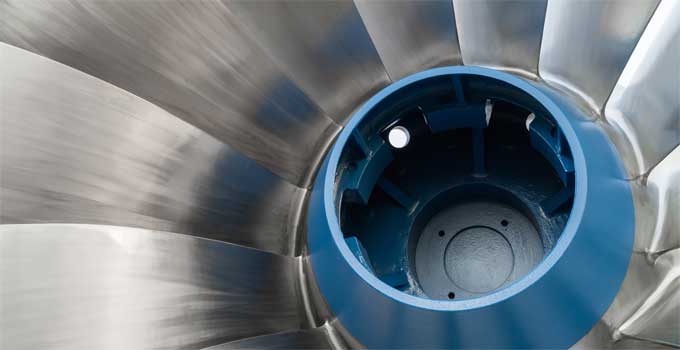 Pumped hydro has been around for more than a century, but in recent years it has leapt into the forefront of the quest for energy storage and firming options as the energy sector embraces increasing levels of renewable energy generation. If you want to get the best from a pumped hydro project, it’s important to come to grips with the implications of the different types and combinations of mechanical and electrical machines that have been developed over the long history of hydropower and pumped hydro.

The choices are among fixed-speed reversible pump turbines, variable-speed reversible units (including doubly-fed inverter arrangement), and ternary sets. Each has its own variations and strengths in terms of the services able to be provided to the energy market. But the technologies also vary in costs, housing requirements and performance.

All pumped hydro projects are likely to offer benefits to the market by contributing to operating reserves, reducing spill or curtailment of variable renewable energy, reducing cycling and ramping of thermal plant, lowering transmission congestion and associated costs, and lowering greenhouse gas and pollutant emissions when used to displace thermal generation. But let’s look at the specific pros and cons of each of the different pumped hydro configurations, and how they compare.

These reversible units come in two different forms: fixed speed and variable speed. The fixed-speed reversible units can’t optimise the uptake of power from the grid in pumping mode, which is important in a grid with the rapid and frequent fluctuations characteristic of high levels of variable renewable energy. However, with a multi-unit arrangement in a power station, additional flexibility during the pumping cycle could be achieved at a premium.

Variable-speed reversible units provide greater efficiency and flexibility and provide different opportunities for grid support than fixed-speed units in pumping mode. However, should all the thermal plants be retired as the energy market transforms, the lack of synchronous machines could become a major issue where rotating inertia becomes scarce. Asynchronous (variable-speed) machines rely on their power electronic controls to provide inertia. While this can be artificially enhanced relative to synchronous machines, it relies on externally provided system strength which may also be lacking in the absence of thermal units.

Based on recent projects in Australia, the cost of electrical and mechanical equipment for variable-speed reversible units is about 30% greater than for fixed-speed units and the construction cost is approximately 10% more. Yet, while fixed-speed units come at a lower cost, variable-speed machines have the potential under some configurations to provide more valuable services in operation, such as variable load during pumping operation, and as long as there is adequate synchronous generation, inertia distributed around the network.

Ternary sets comprise two hydraulic machines (a turbine and a pump), coupled on a single shaft, with a single electrical machine (motor-generator). This means that the direction of the turbine is the same in generating and pumping mode. They are often the only solution for projects with very high head but they can be applied for lower head projects too. Without having to change direction, little changeover time is needed between modes, making it possible to respond much faster to the grid. There’s also less stress on the machines, which can be individually optimised. The turbine and pump can even operate simultaneously (in hydraulic short-circuit mode), and the turbine can be used to start the pump (further reducing changeover time).

This description makes it sound as if ternary sets are the way to go … but it isn’t that simple.

Many of the elements of the civil works for a pumped storage project are the same whether fixed-speed reversible units, variable-speed reversible units or ternary sets are used. However, the powerhouse structure for ternary sets needs to be taller or wider (as the units are bigger), penstocks and tailrace branch pipes will require an extra bifurcation, and it is likely that the costs involved in hydro-mechanical equipment such as gates and valves will be significantly greater.

The extra construction costs can add up to approximately 25 per cent more than for reversible units. And the additional electro-mechanical equipment could come at a 35 to 50 per cent higher price tag compared to the fixed-speed reversible units. However, countering the increased cost of ternary sets is their likely efficiency gain of 2 to 3 per cent and a faster response time than reversible units are capable of.

The increasing need for fast response

With settlement periods in the Australian National Electricity Market reducing from 30 minutes to 5 minutes, fast response is critical. Both ternary sets and variable-speed reversible units have a big advantage over fixed-speed units in this regard, but fixed-speed units can work with the 5-minute settlement if they are utilised appropriately as part of a pumped storage scheme.

Reversible units and ternary units require similar amounts of power from the grid in synchronous condenser mode. For a 125 MW unit, the grid power required is estimated at about 4 MW.

Some projects investigating the idea of hydraulic short-circuit with variable-speed, doubly-fed inverter machines are currently underway. In essence, a waterway is shared between two units with a bifurcation upstream and downstream of the units. In this case one of the units will operate in generating mode and the other in pumping mode.

There’s a lot to take in when comparing the different pumped hydro configurations. It’s generally accepted that variable-speed reversible units and ternary sets have certain advantages over fixed-speed reversible units in a changing energy market. Yet, in some cases fixed-speed units will do the job, and at a lower cost, whilst at the same time guaranteeing synchronous generation if rotating inertia is of essence to grid stability. There’s no clear-cut winner when it comes to pitting variable-speed reversible units and ternary sets against each other. As usual, the right choice will depend on the specifics of your project conditions and what changes you anticipate as energy markets continue to evolve.

Nick West is a civil engineer at Entura with more than 18 years of experience, primarily in hydraulics and hydropower. Nick’s skills range from the technical analysis of the layout of hydropower projects to the preparation of contractual project documents and computational hydraulic modelling. Nick was a key team member of the Kidston Pumped Storage Project Technical Feasibility Study and is currently involved in feasibility assessments of pumped hydro options as part of Tasmania’s Battery of the Nation initiative.