What can dam owners do to better manage floods and avoid the blame game?

To keep communities and assets safe during flood events, dam operators need to make rapid and difficult decisions. The best protection is having the right systems in place before an emergency arises. 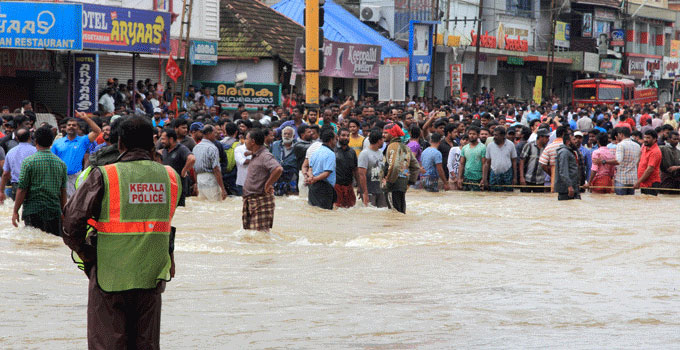 Dam operators are sometimes blamed for causing flood disasters due to the way the dam was operated during intense rains, such as by suddenly releasing water through gates and valves. Yet this criticism is not always warranted, as these actions may have only been one part of the problem associated with the flood. At times, sudden releases may be necessary to maintain the safety of the dam, as the dam’s failure would have even greater consequences than the additional flooding due to the releases.

In 2010 and 2011, Australia experienced some of its biggest flood events, with large areas of Queensland declared disaster zones. At the time of the Queensland floods, there was significant scrutiny of how Wivenhoe Dam was operated, even though it was part of the engineering system designed to mitigate flood risks. Blame and criticism abounded. Individual flood operations engineers were criticised for making poor decisions. The managers of the dam operator were blamed for not drawing down the dam at the beginning of the wet season despite a long drought immediately prior to the floods. The Bureau of Meteorology was criticised for not providing adequate warnings and for inaccurate forecasts. Planners were blamed for allowing development in flood-prone areas. Local authorities and engineering consultants were harshly scrutinised for their modelling and analyses.

Fast forward to 2018, when devastating floods in Kerala, India, resulted in significant loss of life, displacement of people and extensive damage. In this circumstance, blame has been directed at the dam operators, government authorities, planners, flood forecasters, and dam management bodies. Media articles have called it a ‘man-made disaster’, and claims have been made that water should have been discharged earlier from the reservoirs prior to the monsoon, that gates should have been opened gradually, that better warning should have been provided, that power stations should not have been out of action due to maintenance, and that other dam functions such as water supply and power generation should have been secondary to flood mitigation.

Decision-making about dams can be complex, especially given that most dams have more than one purpose: they may supply water for drinking and irrigation, as well as provide flood mitigation benefits for downstream communities. However, the way a dam is operated for both these purposes may be very different and frequently conflicting. For example, a dam for water supply aims to maximise stored water to safeguard supply during droughts; however, a dam for flood mitigation needs as much free space as possible in the reservoir to mitigate the downstream flood risk. Climate change is likely to increase the conflict between water supply and flood mitigation as more severe droughts and floods are anticipated, which will increase the challenges for dam operators – so it is critical that we learn from events such as these examples from Australia and India.

So what can a dam owner do to better manage a major flood event?

The enquiries and reviews that followed the 2010/2011 floods in Australia overwhelmingly indicated the need for improvements in non-structural measures such as development planning, the production and availability of quality flood management information, emergency response management and community participation. The owner and operator of Wivenhoe Dam also discovered the importance of maintaining up-to-date, clear and unambiguous dam flood operating rules, and the need to follow these flood operating rules at all times.

The following seven elements should be in place for every dam owner who wants to better manage major flood events:

Flood forecasting is critical for protecting public safety and preserving infrastructure. Effective flood forecasting systems provide accurate and timely warning of impending floods. Longer warning times provide greater opportunity to activate emergency management or evacuation plans and to manage water infrastructure. Although the intent of a flood forecasting system is to provide the most accurate forecasts possible, the reality is that there are limitations, especially during major flood events. Reviews undertaken of the 2010/2011 Queensland floods indicated issues with flood data collection and the need for improvements in the coverage of warning networks.

Flood forecasting depends on the timely availability of high-quality data from the right locations in a catchment. Without good real-time telemetered rainfall and streamflow data it will be difficult to develop a dependable flood forecasting system that can be used for real-time decision-making. There needs to be some redundancy in the system because some of the instruments and/or communications systems may fail during a major flood event. This requires an investment both to install and to maintain these instruments. With numerical weather forecasts increasingly available, there is now an opportunity to use this data in flood models to provide even longer lead times for action.

A dam operator needs an operational model that is either linked to the flood forecasting model or embedded in it.  If the river system has a cascade of dams, the entire cascade should be modelled as one system, as the operation of each dam affects other linked dams. Understanding these complexities will be critical when managing a major flood event, so that cascade impacts can be assessed and determined prior to implementing an action. Maximum flood mitigation can be achieved by operating linked dams together. Outside of a flood event, these operational models can be used to run potential flood scenarios to help develop clear operational procedures guiding the operation of the dams during a flood event and to train operators so they understand their critical role.

Given the potential significant impacts on communities downstream, it is imperative that dams are operated during flood events in accordance with clearly defined operational procedures to protect the structural safety of the dams and minimise impacts to life and property. Importantly, all operational decisions during flood events must be documented when they are made, not retrospectively. Pre-releases may be part of these operational procedures, including seasonal targets for reservoir levels to help mitigate flood risks associated with a defined wet season.

Certain triggers (e.g. reservoir level, flood predictions) will shift normal reservoir operation to flood operation. Given infinite possible flood scenarios, it is not always possible or appropriate to provide completely prescriptive flood operating procedures. The manual of operational procedures must be designed to guide decision making based on professional judgements by qualified engineers, ensuring the decisions are robust for all circumstances. When making decisions about releasing water from dams during flood events, consideration should be given to rain falling in catchments not controlled by the dams. Operational decisions must be linked back to the wider flood forecasting system.

It is important that this plan has clear roles and responsibilities and clear communication channels both internally and externally to emergency services and the media. Clearly documenting the decisions and communications throughout the emergency is critical, and all involved should keep detailed logs of events. This allows effective debriefing after the event to identify improvements to the plan and, in the worst case, will assist in defending any legal action. If at any point the dam is at risk of failure, a dam safety emergency will be declared and emergency services must commence evacuation.

Flood evacuation is generally the responsibility of the affected state or district’s emergency services. Flood evacuation plans are prepared as part of the planning process for mitigating the risk associated with a major flooding event. Floodplain mapping forms a part of any flood evacuation plan. These maps show the area that will be flooded in various magnitudes of floods.

Evacuation plans will determine when people need to be evacuated and by what routes, before these evacuation routes are flooded. They will clearly nominate where evacuation centres will be set up on non-flood-prone land with necessary food, water and sanitary facilities. Setting up a centralised flood management centre will help to provide a focal point for information, communication and decision-making throughout the flood event, ensuring clear governance, oversight, roles, responsibilities, communication and cooperation.

Severe flooding is likely to disrupt power and communication systems so available back-up need to be planned, including portable generators, radios and satellite phones. Modern communication tools such as mobile phones are increasingly allowing widespread communication of flood warnings, as well as audit trails of warnings so that post-flood reviews can improve emergency management and evacuation procedures over time.

Effective flood evacuation is only possible if the downstream community is aware of the risk and the action they need to take following certain warnings. This awareness is best achieved through community information sessions. Working with communities before a disaster strikes will put them in a better position to deal with its impacts. The 2010/2011 Queensland floods showed that helping people to become more self-reliant is of benefit if/when emergency services are overwhelmed. To achieve this, flood risk information and flood predictions should be publicly available, along with education and clear communication.

These seven factors are not the sole responsibility of a dam owner; instead, cooperation is needed among authorities, and dam owners should encourage and facilitate this. Using a framework based on these seven components, dam owners will continually improve flood management, better securing the safety of people and property downstream, as well as minimising the likelihood of significant reputational and legal risks.

To discuss how Entura can partner with you to better manage dam safety and flood-related risks, contact David Fuller on +61 438 559 763.

Richard Herweynen is Entura’s Principal Consultant in Civil Engineering. Richard has nearly 30 years of experience in dam and hydropower engineering, and has worked throughout the Asia-Pacific region on both dam and hydropower projects. Richard was part of the ANCOLD working group which updated the guidelines for concrete gravity dams, and is the Chairman of the ICOLD Technical Committee on Engineering Activities in the Planning Process for Water Resources Projects. Richard has won a number of engineering excellence and innovation awards, and has published over 30 technical papers on dam engineering.