Is there still a role for small wind turbines in hybrid systems?

Many governments, industries and businesses worldwide are pursuing greater sustainability, reliability and affordability of their electricity sources, and transitioning away from fossil fuels.

In remote or isolated locations such as Pacific islands or remote desert mining operations and communities, hybrid renewable energy systems offer an effective option for meeting these energy goals. 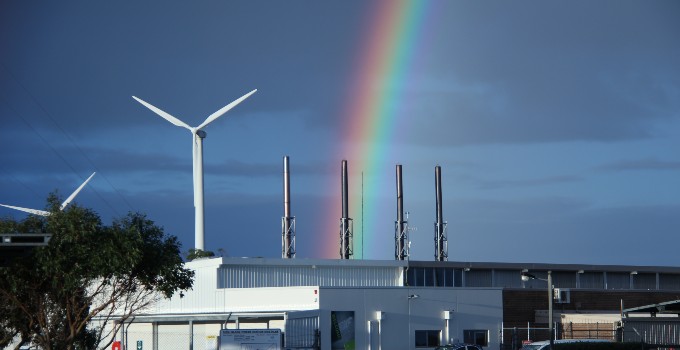 Commonly, hybrid systems include a mix of solar PV, wind turbines, battery energy storage systems (BESS) and other enabling technologies. The inclusion of wind and solar generation in the mix is far more than an investment to earn money for the owner. These sustainable sources of energy reduce the traditional heavy reliance on fossil fuel, with its associated costs, insecurity of supply, and high emissions.

With the plummeting costs of solar PV and its ease of installation, is there still a role for wind turbines in the design of a hybrid system? Our answer is yes; however, there are a number of factors to consider when choosing the best configuration for your location and needs. It’s a combination of available solar and wind resource, the degree to which the load matches these resources across a full day, and the level of renewable energy targeted. In essence, the sun is out only during the day, but the wind is likely to be available across the full day.

So, why not solar and batteries? This combination can be fine for smaller percentages of renewable energy, but it is still the case that for the non-sun hours it is cheaper to directly source renewables from wind energy than it is to store solar energy in a battery and to retrieve it later in the day.

For developers of large commercial wind farms, the first consideration and top priority has usually been finding a site with an excellent wind resource and good grid connection, as this is what will drive profitability. However, for micro-grid projects, wind turbine siting is largely dictated by the location of the project. There may be a small degree of siting flexibility at the local level (e.g. an adjacent hilltop, or the preferred side of an island), but generally the wind turbine has to fit in within the given conditions.

For larger remote hybrid systems that power mining operations, large wind turbines may be feasible, given the high level of electricity demand as well as the availability of the relevant infrastructure to enable delivery of large components. The recent Agnew Hybrid Renewable Power Station, with 5 x 3.6 MW wind turbines, is an example.

However, for sites with lower electricity demand or difficult access, the delivery and integration of a wind turbine greater than 1 MW can become exponentially more difficult and costly, and doesn’t necessarily convey extra value.

For a commercial wind farm operating on a large grid, an extra 1% in power output often translates directly to energy generated, and revenue, at little cost to the project. In contrast, for a wind turbine connected to a micro-grid, an extra 1% in power generation often translates to a great proportion of energy ‘spilled’ (energy not generated because the grid can’t accept any more). Therefore, as a general rule, the sensitivity to variation of financial metrics such as Investment Rate of Return for a wind turbine on a micro-grid is much less than for a grid-connected wind farm.

Furthermore, from the perspective of system operations and redundancy, having many smaller machines is typically preferable to having only one or two large machines, particularly in more remote locations with greater time involved in repairs. If one of only two or three larger turbines is out, this represents a higher percentage of increased fuel use and operational cost compared to an outage of one of many smaller turbines.

So far, so good. But now we run into a challenge. There simply aren’t many small wind turbines now available. Wind turbines have been constantly increasing in size. This is because wind turbine manufacturers target the large grid-connected wind farm market, in which larger wind turbines push down the cost of wind energy. Larger rotors and blades and greater height make mega-turbines much more effective than smaller turbines at harvesting power from sites with low wind speeds, allowing greater opportunities for wind farm sites.

This is fine for larger hybrid systems at outback mines where there are large spaces, good infrastructure and access to install 150 m diameter rotors on 120 m tall towers. However, it’s not so helpful for small Pacific island nations and remote communities, with relatively low wind speeds, lower electrical loads and under-developed infrastructure.

The lack of availability of smaller wind turbines poses challenges for some small projects. At the scale of less than 1 MW, there are now few proven wind turbine options. At an even smaller scale (<100 kW), solar PV now dominates.

For some, second-hand wind turbines that have been refurbished might be attractive. However, remote sites require a high level of reliability, so this option will not suit all operators.

At a minimum we suggest early engagement with potential suppliers. And in some cases early procurement may even need to be considered to lock in supply.

It’s a similar situation for existing small grids with wind turbines that are nearing the end of their design lives.

The term ‘repowering’ captures a range of options for replacing old wind turbines and associated footings and electrical balance of plant with new. Because the wind industry is relatively young, there is not yet a clear established practice for repowering. However, in our view, the most likely options are:

For any redevelopment there will be a range of considerations, including permitting, existing power station equipment, and the rapidly decreasing costs of battery energy storage systems. We suggest that owners should at least develop a good understanding of the condition and the present value of their assets, and what options might be available (e.g. through a feasibility and options study). After all, the unexpected does happen, and the failure of a major component such as a gearbox may require decisions to be made about end of life, earlier than expected.

If you would like to discuss how Entura can help you with your hybrid or wind project, develop an asset management strategy or support you with due diligence services for proposed or operational projects, contact Akhil Pai on +61 406 874 101 or Silke Schwartz on +61 407 886 872.

Andrew Wright is a Specialist Renewable Energy Engineer at Entura. He has more than 15 years of experience in the renewable energy sector spanning resource assessment, site identification, equipment selection (wind and solar), development of technical documentation and contractual agreements, operational assessments and owner’s/lender’s engineering services. Andrew has worked closely with Entura’s key clients and wind farm operators on operational projects, including analysing wind turbine performance data to identify reasons for wind farm underperformance and for estimates of long-term energy output. He has an in-depth understanding of the energy industry in Australia, while his international consulting experience includes New Zealand, China, India, Bhutan, Sri Lanka, the Philippines and Micronesia. 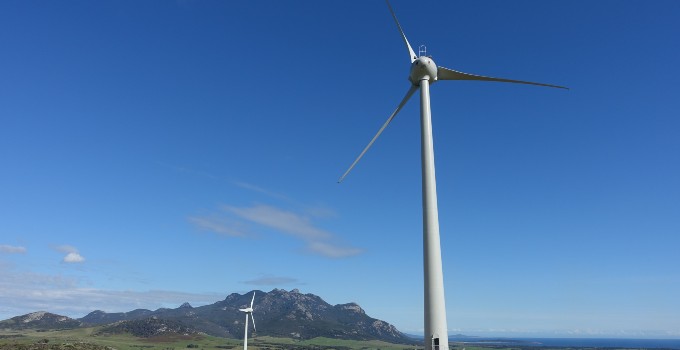