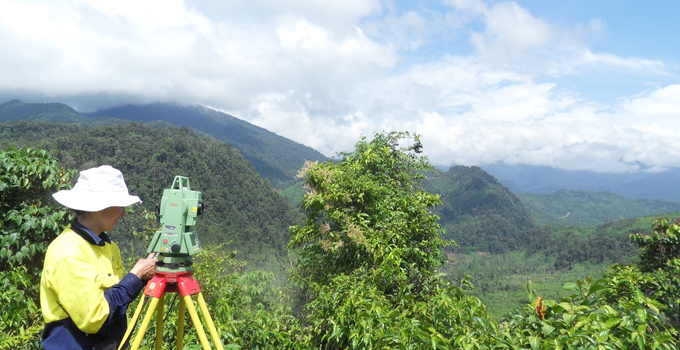 Entura has a long history of contributing to PNG's hydropower sector. We've worked with the state-owned power authority (PNG Power Ltd) for more than thirty years across many assets, and we've also enjoyed a long relationship with Ok Tedi Mining Ltd.

PNG is one of the world’s least-electrified countries per capita. Currently only about 13% of PNG’s population of 8 million people have reliable access to electricity, and most of these are in urban centres. PNG aims to connect 70% of its population to electricity by 2030, increasing gross national income and GDP.

With 80% of PNG’s population living in small communities in rural areas, often in rugged terrain, challenges lie ahead to reach the target.

Entura is well-placed to provide a range of services to PNG, having worked extensively in the region for many years to identify new hydropower opportunities (Naoro Brown, Mongi Bulum, Hela), undertake catchment management (Rouna cascade), and modernise ageing hydropower stations to increase reliability, performance and safety (Ramu 1, Rouna 2, Ok Menga, Kiunga). We have also supported PNG’s power sector with training and capacity building delivered through the Entura clean energy and water institute and by working alongside operators on the ground.

Entura will lead a major project under the Papua New Guinea – Australia Partnership to modernise the Ramu Grid, which is one of the three most important transmission and distribution networks in the nation, and supplies electricity to major population centres on the mainland. This follows our recent work to identify hydropower generation performance issues along the grid, and will pave the way for further work to undertake maintenance and improvements on nine machines across three hydropower stations along the grid to increase the reliability and cost-effectiveness of electricity supply.

Extending the grid to small communities in remote areas is unlikely to be as cost-effective as creating stand-alone generation systems. Entura can bring significant expertise in this area with our depth of experience in island power systems, which are helping many Pacific island nations increase their proportion of renewable energy generation and reduce reliance on costly and emissions-intensive diesel generation.

The underground Ramu 1 hydropower station is the major electricity generator on the PNG northern grid and is critical for supplying electricity demand and offsetting expensive diesel power generation.

The station’s power output had been restricted, from an installed maximum of 75 MW to around 50 MW due to breakdowns and unit operating limitations. The reliability and availability of the three 17.2 MW hydro generating sets (installed in 1976) and two additional 15 MW sets (installed in 1989/90 was poor.

Entura was involved in the ongoing investigation and implementation of upgrades for PNG Power Ltd (PPL) at Ramu 1 over more than ten years. An initial condition and risk assessment study identified appropriate future refurbishment and upgrade projects.

Entura assisted PPL with contractor negotiations, and provided a contract engineer and engineer’s representative, and a contracted station manager for Ramu 1 Power Station.

Our people in PNG

Many of Entura’s key personnel have worked on projects in PNG over many years. We have established long-standing positive working relationships with Ok Tedi Mining Ltd and PNG Power Ltd. A number of projects have extended over many years, so our people know the hydropower assets intimately, including their long-term operational histories. This puts us in an excellent position to advise on asset management, modernisation and refurbishment. 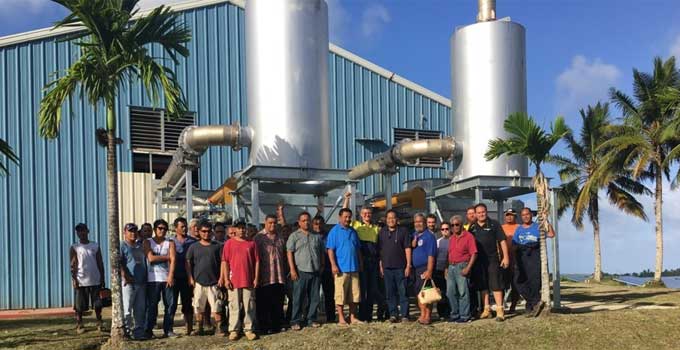 Our services in PNG

Entura’s depth of knowledge of all aspects of hydropower enables us to help clients identify and define hydropower opportunities of all sizes, whether new or upgrades. Our specialists can assess sustainability, study feasibility, support planning and acquisitions, conduct due diligence, undertake detailed design, and serve as owner’s or lender’s engineer.

Our experience in monitoring, inspecting and testing hydropower assets gives us the edge in identifying issues early and recommending strategies to overcome them, saving our clients time and money in the future, reducing risks, and ensuring safe and effective operation. Because we deal with the challenges of keeping ageing infrastructure running, we appreciate the complexities of older technologies and the need for cost-effective, workable solutions to maintain and refurbish existing infrastructure.

We know first-hand how to best manage hydropower assets during all the phases of the asset lifecycle, right from the very beginnings of planning, through operation and maintenance, all the way to replacement, upgrade and end of life. Our services include asset management strategy and planning, risk assessment, lifecycle costing, due diligence, root cause analysis and failure investigation, reliability-centred maintenance (RCM), hazard and operability studies (HAZOP), condition monitoring, performance testing and outage management.

We have a long history of sharing knowledge, building capability and delivering training across our full range of expertise and services. We regularly deliver short courses on a range of topics through the Entura clean energy and water institute (ECEWI) and can develop customised training programs to meet specific business requirements. In PNG, we have worked extensively with local power system operators to build skills and capacity for the long term. For example, in 2018 we delivered training to 12 PNG hydropower operators, leading to qualifications recognised in Australia and PNG. 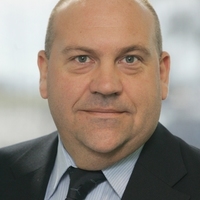 Leigh Smith is an expert in asset management, condition assessment, risk management and project management in PNG's power sector. He's a practical all-rounder with experience across civil, electrical, control and protection and mechanical specialties, from the fine operational details right through to broad, holistic and strategic approaches to asset investment and risk management. He engenders great trust and rapport with the power station operators he mentors. He has served as Entura's key account manager for PNG, and he's been intimately involved with Ok Menga, Rouna and Ramu projects, including serving as power station manager.