The 220 kV Gordon Power Station Switchyard controls the power coming out of the power station, including turning it on and off and tripping the circuit breakers in the event of system instability, faults, equipment failure and other potential hazards.

Entura was engaged by TasNetworks for the detailed design for the replacement of two aging oil-filled 220 kV circuit breakers, which posed a risk to the reliability and security of the supply on critical 220 kV transmission circuits, and were a potential safety and environmental hazard. We were also engaged to replace two disconnectors and two sets of line voltage transformers, which had both reached their end of asset life. This required Entura’s modelling and electrical capabilities to assess how to install the upgrades into the existing switchyard.

Entura’s Spatial and Data Services Team created 3D models to enable Entura’s Primary Design Team to test how the new electrical equipment would integrate into the existing site and to check clearances for electrical safety. To obtain accurate information about the existing equipment, the team surveyed the site with a laser scanner to create a 3D point cloud model, which was further manipulated into a base 3D AutoCAD design model for the primary design team to work from. Entura’s wealth of expertise in hybrid renewables and generator connection helped to navigate the complex path to grid connection, with a grid connection application accepted and confirmed by the Australian Energy Market Operator in November 2021. 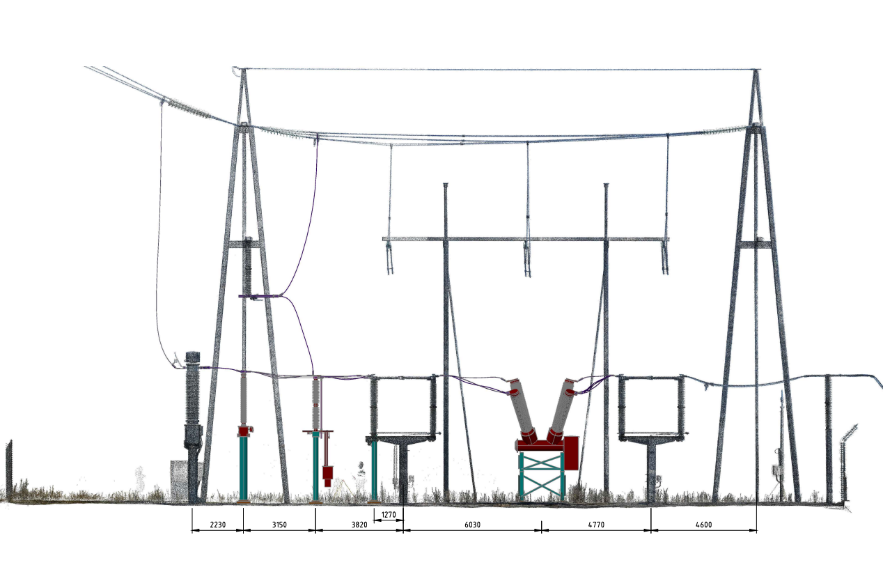 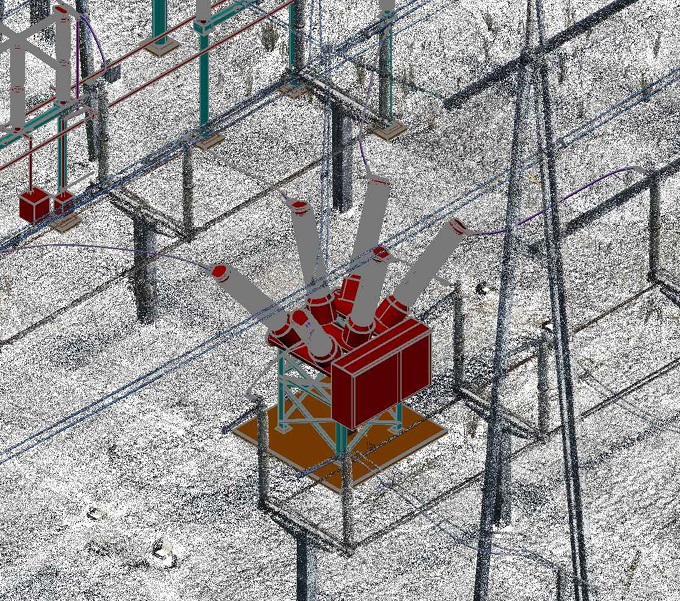 Above images: models of the equipment at the power station

The design team was able to compare original site drawings with the new 3D model and found that there were significant differences between the two, including inaccuracies and underestimates of the location and size of the existing equipment in the original drawings. Understanding these disparities enabled the team to increase the accuracy of the 3D model, into which the new 220 kV equipment could then be modelled. The team was able to optimise the final location of the equipment using the 3D model, testing various layouts against Australian standard electrical safety clearances.

Using laser scanning data to inform the 3D modelling allowed the team to quickly capture site details and pick up differences during the design process rather than construction. Later detection would have been costly and time consuming to rectify, and would have led to additional outages on the critical transmission lines connecting to Gordon Power Station. The laser scan data that was able to be integrated by the design team and input into 3D CAD for the design models also supported clear communication with the client so they could understand the changes and how the upgrade would look. Laser scanning isn’t always easy for the end user to interpret, but in this instance, it assisted the multiple project teams to collaborate effectively.

Entura was able to confidently provide our client with an accurate, optimal design solution for the new electrical equipment, ensuring it would meet the Australian standards for electrical clearances.

The design has been completed and issued for construction, which is set to begin in early 2022. Entura’s involvement in the project has assisted the client in facilitating a reliable and safe power supply from the Gordon Power Station into the Tasmanian electricity network.