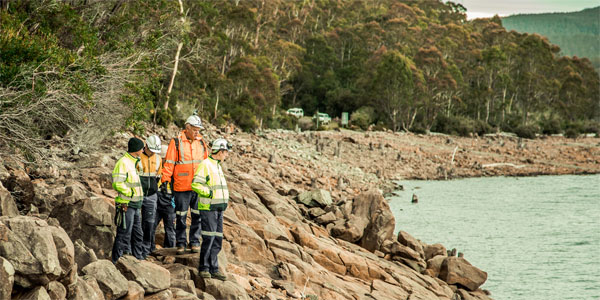 Investigating options for pumped hydro energy storage projects in Tasmania, to support the Battery of the Nation initiative

Australia’s National Energy Market (NEM) is transitioning to greater proportions of variable, low-emissions sources of generation (such as wind and solar PV). This increases the need for flexible, dispatchable power and storage solutions to firm up variable generation. Pumped hydro energy storage (pumped hydro) projects in Tasmania could play an important role in supporting the future NEM.

As part of an assessment of the potential for Tasmania to make a greater contribution to the NEM, a concept study was completed on Tasmania’s pumped hydro potential.

Pre-feasibility studies on each of the 14 selected options validated the sites selected for pre-feasibility study and adjusted project location details based on improved quality of data and knowledge of influencing factors such as environmental and social impacts.

A ranking process and criteria for project selection can be used for future full feasibility studies, aligned with system development and timing needs identified through separate analysis of the future electricity market needs.

The objective of the pre-feasibility study was to identify viable pumped hydro projects suitable to progress to feasibility assessment, in the context of future NEM projections, timing of new interconnection development, and existing assets and water resources.

A full feasibility assessment of the three most promising pumped hydro development opportunities at Lake Cethana and Lake Rowallan in the North West and near Tribute Power Station on the West Coast involved grassroots community engagement, geotechnical investigations and environmental, heritage and social assessments.

Lake Cethana has been selected as Hydro Tasmania’s preferred site of its top three Tasmanian pumped hydro opportunities and it has now progressed to final feasibility assessment.

What to consider when you’re thinking about a synchronous condenser
Multipurpose dams: maximum value for money?