The Nam Pha Gnai hydropower plant in Laos, designed by Entura, has begun generating electricity after completion of construction in September 2019. 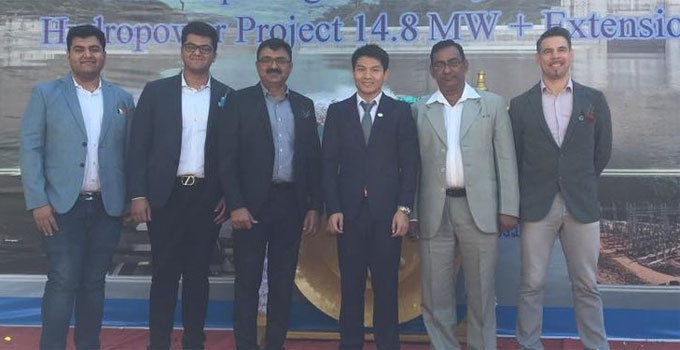 Construction of the project began in October 2014 with an investment of about US$68 million by the DSK Group. Entura was awarded a contract for Owner’s Engineer services in 2014.

“Entura’s expertise was a key factor in the smooth progress of construction and the optimisation of many elements of the project, resulting in significant savings on excavation and concrete.”

To reduce excavation and concrete, Entura used an arch profile for the dam, sloped the foundation level upstream, provided a cantilever crest upstream, and used an unconventional gate structure and arrangement.

Entura also significantly reduced excavation by revising the proposed layout of the approach road and canal, ensuring slope stability in the headworks area through phase 2 software analysis, and relocating the powerhouse to decrease rock excavation and the length of the tailrace.

In addition, costs were reduced by using concrete pipes (cast in situ) rather than concrete-pier-supported bridges to enable canals to cross streams.

“In our work on this project, we made very high priorities of protecting the natural environment, avoiding adverse social impacts, and ensuring sustainability into the future.”