The project achieved financial close in June 2021, and Entura was appointed as Owner’s Engineer. As part of the project’s construction phase, our Principal Consultant Richard Herweynen and Specialist Hydropower Engineer Nick West recently visited the site to oversee progress. 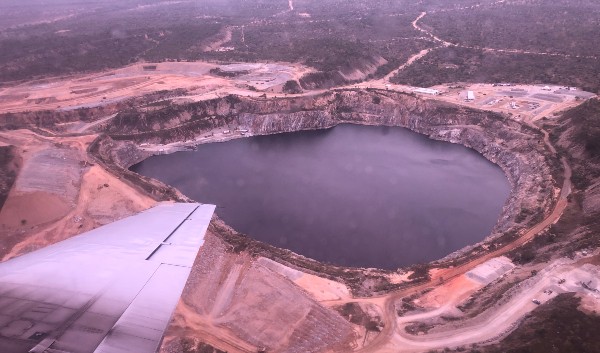 Above: aerial views of the Eldridge Pit at Kidston, construction offices and the portal for the main access tunnel

“The project utilises two old mine pits, Wises and Eldridge, as the upper and lower reservoirs,” Richard explained. “Major earthworks are taking place around the perimeter of the old Wises pit, using the waste rock dump piles on site from past mining operations.”

“The waterproof membrane for the Wises dam is set to be installed next month, and excavation is occurring in the inlet area, where the intake structure will be constructed for the power station.” 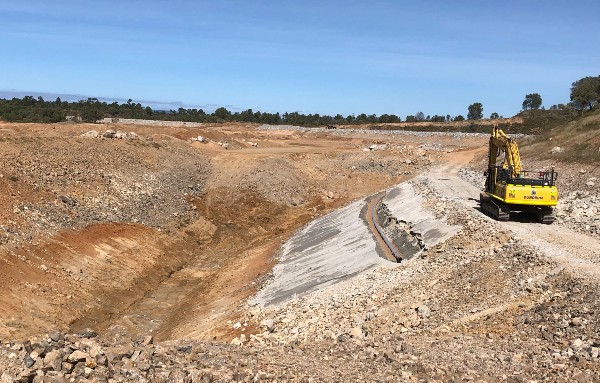 Above: section of the Wises dam, the upper storage, trialling the construction methodology components

It’s the first pumped hydro storage project to be constructed in Australia in almost 40 years, and Entura is thrilled to have been involved from the project’s inception.

“It was great to finally get to site and to see construction occurring on a number of fronts,” said Richard. “It is always great seeing projects you are involved with become a reality, and it is particularly so for the Kidston Pumped Storage Project, given the journey we have been on with Genex.” 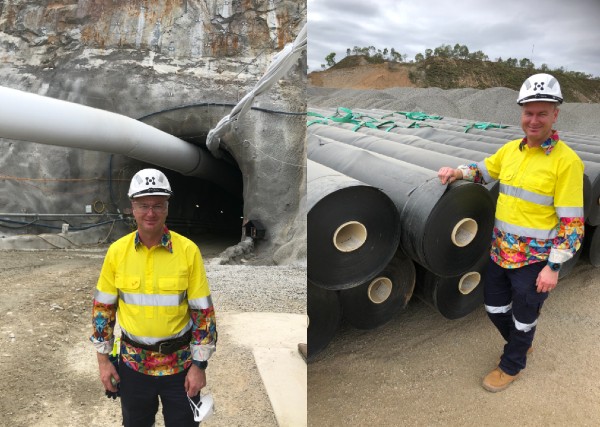 Above: Nick West on site at Kidston

Our involvement has continued from there, throughout the early contractor involvement phase, funding phase, independent due diligence assessments and financial close, and now into the construction phase as Owner’s Engineer. Our strong relationship with Genex Power has also seen us assist as a trusted advisor on other projects, including grid connection studies and support for its solar projects, and wind monitoring for a potential opportunity in the Kidston area.

“We’re proud to be part of this new pumped storage development, and we’re aware of how important storage is in Australia’s transition to renewable energy,” said Richard.

Entura is actively supporting the energy transition through our work on many renewable energy and storage projects, including other pumped hydro and dispatchable renewables initiatives such as Hydro Tasmania’s Battery of the Nation.