Cities in flood-prone areas have much to gain from effective flood forecasting, because they have so much to lose through flood damage to property and business. 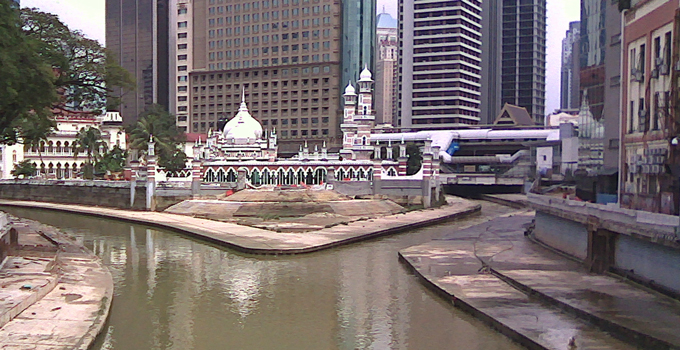 A city’s protection against the impacts of a major flood or frequent flash flooding depends on prior prediction of the timing and severity of the event. It is flood forecasting that provides the warning time needed to activate flood management plans.

In a changing climate in which the intensity and frequency of flood events in many parts of the world is predicted to increase, flood forecasting is a critical component of building climate resilience.

KL gets SMART about flash flooding

Kuala Lumpur is Malaysia’s biggest and fastest growing city, built at the confluence of two major rivers. Flash flooding in the city centre causes significant damage and risk to lives and livelihoods. The lost business, damage and clean-up activities caused by these flood events have resulted in significant economic losses.

The idea behind the SMART project is to prevent flash flooding in the city during a typical flood.  Floodwaters are diverted away from the city via holding ponds and a tunnel, and then discharged into a river downstream of the city. The infrastructure doesn’t sit idle in dry times – a section of the tunnel is used as a motorway, with two decks of traffic, relieving growing levels of traffic congestion. 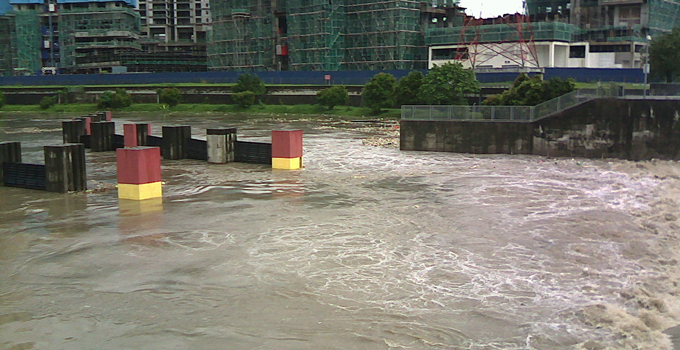 The tunnel operates in three modes. Most of the time, when there is little rainfall, there is no discharge of water into the tunnel, which is open to traffic.

In a moderate or minor storm, the tunnel diverts some water flow through the lowest channel of the road tunnel section. The motorway section operates normally and there is no traffic disruption.

In a major storm or when a heavy and prolonged downpour is predicted, the gates at the diversion weir are lowered to divert water flow into a holding pond. Meanwhile, entrances to the motorway section are closed to traffic and vehicles in the tunnel are evacuated. Once empty of cars, the tunnel can be opened to carry a full flow of water. When the weather returns to normal, floodwater is pumped out of the tunnel, which is then cleaned of mud and debris before being reopened to traffic.

The innovative and award-winning SMART system depends for its success on the effectiveness of the flood forecasting and detection system underpinning its timely operation.

In the SMART project, flood prediction and detection involve collecting, transmitting, processing and analysing data to forecast storm characteristics. Rainfall and streamflow measurement stations feed into a database and modelling system, providing sufficient warning to clear the tunnel of traffic and open the road deck gates to allow the floodwater to pass through.

The modelling system consists of a coupled hydrological/hydraulic model of the catchment, river channels and tunnel. It draws real-time information from a SCADA system, which retrieves data from instrumentation in the field. This data includes catchment rainfall, streamflow, gate position, pump operation and equipment failure.

The hydrological model is a semi-distributed conceptual rainfall-runoff model, which simulates the soil moisture levels in the catchment over time. The model runs in a warm-up mode, which uses the latest observed data, and in a forecast mode, which generates forecasts of streamflow at key points in the river network two hours into the future. 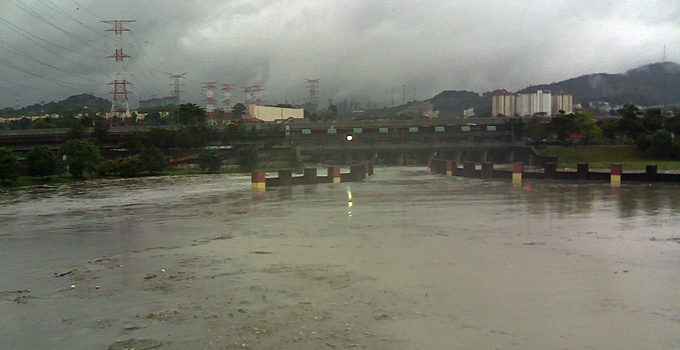 The hydrological model feeds a hydraulic model, which represents the river channels, storage reservoirs, gates and pumps, and tunnel decks. A series of operating rules for the tunnel infrastructure are programmed into the model, to allow it to adequately forecast flood levels when the tunnel is operated accordingly. The hydraulic model’s major outputs are forecasts of river heights at key locations in the catchment.

The system provides an updated forecast every five minutes, which feeds in to the decision support system for tunnel operators. It’s important that the updates are this fast and frequent to be able to capture the peaks of a catchment that responds very quickly to sudden and intense rainfall.

Modelling in a changing city and climate

The SMART flood detection system is complex and relies on a large network of data. As weather patterns change and as Kuala Lumpur continues to develop, the characteristics of the river channels can change. This means that both the hydrological and hydraulic models must be frequently updated to adequately reflect changes in the systems they represent, such as changes to the catchment, channels, or operation of the SMART tunnel. It is also important to record the history of these changes for calibration against historical flood events.

The SMART project has a proven track record of mitigating floods in Kuala Lumpur’s city centre; however, operating costs can be high. This includes energy costs for pumping, and the cost of cleaning the tunnel after a successful flood diversion. A review of the flood operating rules is planned for 2018. Revised rules will optimise the operation of the tunnel, to minimise operating costs while still defending the city against flash flooding.

Kuala Lumpur’s robust and accurate flood forecasting and detection system now provides the vital timely warning of floods and their magnitude so that the SMART tunnel can operate successfully to mitigate flood impacts throughout this important city.

It’s a great example of the potential for flood forecasting to save millions of dollars in flood damages, whether in a major metropolis, regional town or rural area anywhere in the world.

Bill Cohen is a hydrologist at Entura. He has more than six years of experience in areas of computational hydrology including hydrologic modelling, flood forecasting, and flood estimation. He has been involved in the design and development of flood forecasting systems in Australia and internationally, and has presented at a number of international conferences in recent years.