Congestion and losses: more than a blocked nose for new renewable generation

Anyone who’s ever had a cold understands the discomfort of blocked airways. Congestion challenges, albeit slightly different ones, also face developers of new renewable energy generation. 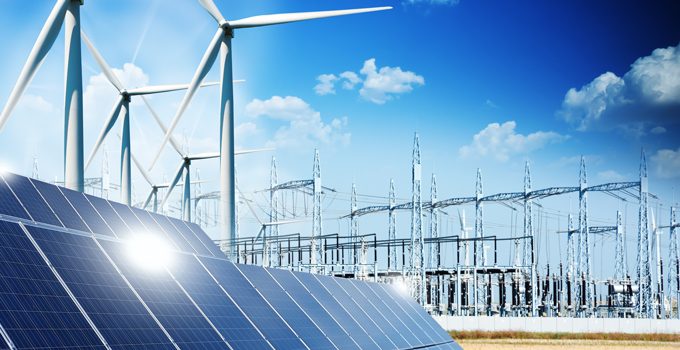 The nature of powerflows around the grid is changing rapidly with a lot of new generation being built on the edges or middle of the transmission system. This is increasingly being recognised as a problem, but quantifying the impact can be tricky.

Developers are asking: “What other generation will or can be built in the area? Will there or can there be collocated storage? When may these things be built? Will other projects in the area have a similar generation pattern to my plant?” And these questions are becoming harder to answer with the wave of renewables development.

There’s no real substitute for analysis and an understanding of the degree of certainty required.

Even this simple example leads to many assumptions and choices, so proponents and owners need to understand how certain they need to be – and therefore how thorough the investigation of congestion needs to be.

What other questions are there?

Traditionally, congestion has been considered a problem of network thermal capacity. The nature of renewable energy generation adds other factors into this mix, such as: “Will fault levels remain high enough to support short-circuit ratios? Will critical clearance times be maintained to allow the full thermal capacity to be used? Will imbalance of generation development on parallel paths reduce pre-contingency loading limits?”

These sorts of questions require complex analysis, adding further uncertainty and additional dimensions to the results.

There’s talk of additional network provision being required to support changes to the flows in the transmission system. Such changes will no doubt be helpful, but questions of when, how much and who pays must be asked.

We can see that calculation of congestion has real impact on expected revenues – but with so little certainty, it is hard to determine how critical any impacts may be on the overall business case.

The other effect of large generation on transmission flows is greater network losses. The marginal loss factor (MLF) regime that accounts for losses in the National Electricity Market (NEM) relies on many of the assumptions of congestion analysis, with similar levels of uncertainty of the input increasing the uncertainty of the output.

The MLF regime is supposed to incentivise development of efficient and timely generation and demand. The drivers for renewable generation are less about actual demand and more about displacement, so the MLF inhibits the building of new generation in favour of the status quo.  A simplistic analysis, however, shows that, on average, new renewables see slightly higher MLFs than the established generation and new thermal assets.

There could be a number of explanations for this but it shows that the density of generation has remained low enough thus far. Increased build and in-fill will ultimately lead to MLFs becoming a bigger and bigger factor for new and existing plant.

There’s another form of congestion looming or already starting to impede the rapid deployment of solar and wind technology: a lack of capacity of network service providers (NSPs) and other regulators to deal with the influx of applications for new connections.

Add to this the increasingly technical analysis required to demonstrate compliance of these connections with the rules and a real bottleneck is created.

The truth is, the only answer to any congestion issue is to remove the blockage .

In terms of network congestion, in the short-term, we need to continue to think about the likely requirement for renewable developments (with storage) to meet the challenges of the energy trilemma – replacing coal-fired generation following retirements with reliable, affordable and more sustainable generation.

And we will need to better understand the value of transmission re-enforcement to support a changing generation fleet.

It may also force a return to the Hub or Scale Efficient Network Extension (SENE) type of thinking that gives a clear signal to proponents to ‘build here’, as we can now see in New South Wales.

Network re-enforcement may also improve MLFs, slightly. However, if MLFs are low across the board in a region, the pool price will adjust to reflect this over time. In the short term, local or regional storage may be cost-effective in raising MLFs to investment-tolerable levels.

In terms of resource issues, training and applying more skilled resources to this sector must be a focus for NSPs and regulators.

Our approach as consultants is to not always recommend more analysis but, alternatively, the right and the most efficient form of analysis.

The challenge for NSPs and regulators is to act more commercially and embrace an engineering approach to analysis, tolerating some uncertainty – just as proponents do.

We always feel better once the fog of congestion lifts. Sometimes we try to fight through it, but it’s often better to take deliberate action to treat it and to avoid complications, just as when you are suffering the symptoms of a cold.

Donald Vaughan is Entura’s Principal Consultant for Primary Electrical Engineering. He has over 20 years of experience providing advice on regulatory and technical requirements for generators, substations and transmission systems. Donald specialises in the performance of power systems. His experience with generating units, governors and excitation systems provides a helpful perspective on how the physical electrical network behaves and how it can support the transition to a high renewables environment.