Becoming the Battery of the Nation

This article appeared first on the International Hydropower Association blog.

How can a small island become a giant battery for a nation? We’re finding the answers in increasing interconnection, developing new pumped hydro and repurposing our existing hydropower assets. 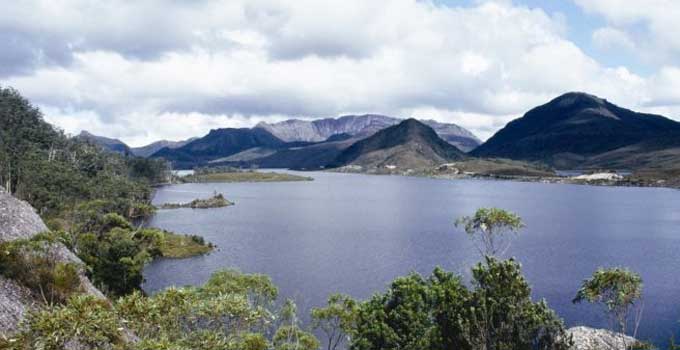 Tasmania is a small island state, with excellent water and wind resources. We’re powered mostly by an extensive hydropower system developed over the last hundred years – supplemented with newer wind developments. We’re connected to Australia’s National Electricity Market by an interconnector running across Bass Strait to the mainland. This has allowed us to trade in the national market for some time now, but as thermal generation progressively retires and Australia embraces greater proportions of variable renewables, the future national market will be vastly different. It will be characterised by low-cost variable renewable energy sources firmed by dispatchable storage and generation.

With Tasmania’s fantastic natural resources, established hydropower system and expertise, we want to be the ‘Battery of the Nation’, offering the generation and the storage and system support needed to help Australia achieve a clean, reliable, affordable energy future. Our Battery of the Nation vision is shaping up to be one of the most credible, competitive and coordinated solutions, able to be built in stages, aligned to market drivers.

In a nutshell, the Battery of the Nation means generating more renewable energy from our hydropower and wind assets, developing more storage solutions in the form of pumped hydro and building more interconnection to the mainland so that we can get our product to the national market to quickly and reliably support variable generation.

With the support of funding from the Australian Renewable Energy Agency (ARENA), we’ve been making progress towards this vision on a number of fronts.

Around the world, significant investment is being made in new technologies such as grid-scale batteries and solar thermal projects, yet pumped hydro remains the most viable technology for longer term storage (greater than eight hours). Our state has significant pumped hydro potential and our existing hydropower assets offer excellent potential to repurpose and create cost-effective pumped hydro. We’re filtering down the possible pumped hydro options to identify around 2500 MW of future potential. The three most promising sites offer between 12 and 31 hours of storage and would cost around AUD 1.5 million / MW to develop. Further feasibility investigations will identify which one of these three will be the preferred option that can be ready to take advantage of more interconnection.

We are also focusing on how to get the most out of our existing hydropower assets by repurposing and futureproofing them for a transitioning electricity market. The Tarraleah scheme in Tasmania’s central highlands was commissioned in the 1930s and our studies have been considering whether the scheme should be progressively refurbished or redeveloped. Redevelopment would more than double the scheme’s capacity from 104 MW to up to 220 MW – contributing to Battery of the Nation targets. By converting the station to flexible and fully dispatchable operation, instead of just baseload, it could flexibly boost output at times of high market demand and provide the ancillary services likely to be increasingly valued in the market. It is also expected to have flow-on benefits for the entire cascade of power stations below it.

We are also continuing major refurbishment and upgrades of other existing hydropower assets so that we can get more generation, efficiency and longevity from these assets to support our plan to become the Battery of the Nation.

Benefits for our island and the nation

The Battery of the Nation vision offers economies of scale and diversity by combining flexible, reliable renewable energy resources with cost-competitive, large-scale storage that can be built in stages, aligned to market drivers.

Battery of the Nation is designed to serve and support our local and national communities. Across the nation it will contribute to achieving lower power prices, reliable and secure energy supply, and meeting sustainability targets. It will also offer specific benefits to Tasmania through energy security and economic stimulus.

Battery of the Nation is a bold and bright vision to unlock our potential to contribute to the nation. It’s an example of how to reimagine hydropower and storage for the new market paradigms of a shifting energy future.

Tammy Chu is Entura’s Managing Director. She leads Entura’s business strategy, performance and services to clients, and is part of Hydro Tasmania’s Leadership Group. Tammy joined Entura in 2000 and has held a range of positions, from Technical Professional to Project Manager, Business Development Manager and Water and Environment Group Manager. As a civil engineer, Tammy specialised in the design and construction of mini-hydro and hydropower systems, project management, hydropower investigations, prefeasibility and feasibility studies, environmental assessments and approvals, resource investigations and resource water management. Tammy is a member of the Board of the International Hydropower Association. She was the first female and now past president of the Tasmanian Division of Engineers Australia, and was an Engineers Australia National Congress representative. Tammy holds a Master of Business and Administration from Chifley Business School, is a Fellow of Engineers Australia, and a graduate of the Australian Institute of Company Directors.