Are batteries the best way to go?

Renewables are now the cheapest form of new energy generation, but to make variable renewables ‘dispatchable’, we need to add storage. Are batteries the best way to go? 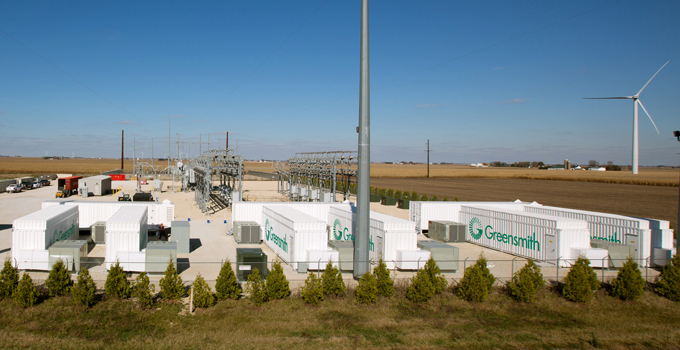 Batteries have been around for more than a century, but now we’re wanting them at a much larger scale. This is driving rapid advances in battery technology, ramping up capability and pushing down costs.

With batteries having such huge potential, this is the time to build a better understanding of battery technologies and applications. Batteries are a key element in addressing the complexity of achieving ‘dispatchable renewables’ and providing the necessary and complex functions of load balancing and network support.

As we plan how to include batteries in our energy future, we need to temper the hype with a careful, informed and strategic approach.

Shifting the load, stabilising the grid

A good place to begin is by clarifying what batteries do. The two main functions are load shifting and grid stabilising. In this article, I will focus on lithium batteries as they are the market leading technology at present. Of course there are other technologies that will forge a place in the “battery mix”, both chemical and other storage.

Load-shifting batteries are designed to better match generation to daily load cycles – for instance, storing excess solar generated in the day so it can be used at night – so they normally operate on a daily cycle. This is the most widely understood application of a battery in the wider community, but they require large amounts of storage (typically 4 hours for solar) and are currently too expensive to be realistically applicable.

With every charge/discharge cycle, battery life reduces, and this comes at a cost that is beyond the average cost of energy (except in some off-grid and remote mini-grids). If the battery is used for shifting energy only at times when the electricity price is high, this low level of utilisation will push up the unit cost of generation.

As battery prices come down over time, these issues will become less important. As major coal plants retire over the next decade in Australia, demand for load shifting will increase , which will also contribute to greater viability of battery solutions. However, pumped hydro is another major player to watch in the load-shifting arena, and may be difficult to beat, especially as a long-term storage solution.

The other main function of batteries is in supporting the stability of the grid. Grid-stabilising batteries can increasingly provide a whole raft of support functions such as FCAS (frequency control ancillary services) and NSCAS (network support and control ancillary services). This is mainly driven by very rapidly improving capabilities of the power electronics and control of the power conversion system (PCS) – the AC-DC converter – but is also supported by high-power battery technologies that can provide substantial power capability to support the grid without requiring much storage.

This type of battery really punches above its weight, providing short-term energy that can support most of the localised issues that arise in parts of the grid. These batteries could provide the glue needed by an increasingly fragmented grid. Right now, though, the need for these batteries is not widespread. Grid stability may be the most useful function of a battery into the future, but it is not well understood in the broader community.

The state of play

There’s plenty of hype about batteries, but at the utility scale we are yet to see great uptake in terms of numbers. The exceptions are in unique locations – areas of constraint on the network or on generation, where batteries can offer some grid support. Many of these are in South Australia; some in the rest of the NEM.

Additionally, batteries are being included in project planning as mitigation against future storage costs, penalties or other obligations that may occur under future legislation, regulation or market arrangement.

In smaller grids, solar intermittency can cause issues for the ramp rate, which offers batteries an opportunity – but these cases can also be addressed by other measures such as forecasting, constraint and control, or possibly a smaller battery.

What about the future? Batteries don’t generate energy – so, like network costs, batteries will need to be minimised to form an efficient grid. We think that the exceptions will increase, but still remain exceptions and tweaks to keep the network functional.

All of the many published studies of high renewable energy systems indicate that future grids will depend on a dynamic interplay between different generation types, strongly supported by interconnection for geographical distribution and strengthening. Batteries will be included strategically where required to provide grid support functions, and often this will mean co-location with a renewable generator. We’re definitely not going to see every renewable generator producing output on demand like a gas plant.

Taking a long term view, the future retirement of coal generators will inevitably produce a need for longer term storage or load shifting. Pumped hydro is a major contender here: projects such as Snowy 2.0 in NSW or Tasmania’s ‘Battery of the Nation’ can fill part of the requirement, supported by other smaller but targeted projects. While pumped hydro is being developed in readiness for or in sync with forthcoming retirements of coal-fired power stations, the market is also starting to see the need for more roll out of utility-scale batteries.

In this context, it’s often said that batteries will never serve the function of pumped hydro, but we should challenge this assumption. Large-scale battery deployment is conceivable with DC coupling of batteries with a solar plant (avoiding duplication of inverters). And the learning curve for battery prices coupled with higher efficiency and flexibility could within 10 years make such a solution competitive with pumped hydro for up to 4 to 6 hour storage (the timeframe in which load shifting will become important by then). Time and economics will tell.

Going behind the meter

We would be remiss not to mention grid-connected behind-the-meter batteries for domestic and commercial customers in this discussion. Even though the choice to install is not easily rationalised (and perhaps fuelled by non-cost-reflective customer pricing), significant numbers of customers are going ahead. This can act as an evolving distributed storage resource.

While smart grids have been touted as the means to utilise this storage resource, there is also the likelihood of a more organic utilisation because of the fine granularity of this storage. Opportunities are already emerging for market aggregators to utilise blockchain technology and the internet to extract the best value from these batteries at any given time. This trend may defer some of the requirement for large-scale storage for a limited period.

It is still early days…

A certain amount of caution is warranted as we move to embrace rapidly evolving battery technologies. Batteries are highly proprietary, so their functional nature, capabilities and controls can vary widely and are rarely transparent, and there is not yet a functional standard for their specification or operation. This creates a degree of risk, and calls for experienced guidance in specification, procurement and testing in particular.  This situation is evolving, but agreement and standardisation take much longer than technology development.

That’s not to say we shouldn’t be excited. Batteries offer extraordinary potential for enabling higher proportions of renewable generation in our energy future . There’s just still work to be done to help industry fully understand the technology and its applications, so we can be confident of getting the best out of batteries in a network context.

Dr Chris Blanksby is a Specialist Renewable Energy Engineer and Entura’s lead solar energy specialist. He has undertaken and published research on the solar resource in Australia, and has led several due diligence and owner’s engineer projects for wind, solar and microgrid projects in Australia, the Pacific and Asia, including over 20 MW of battery projects.